Sixth pack of a series that is regularly released alongside the Dolcett Academy Comics! Since the last comic (The Contest, Part One) was more gory than dolcett-ish, this set is more cooking-oriented :) Again, I tried some new stuff (like glazing with honey :)). There's a foot cooking recipe, a meatgirl hanging execution scene, a scene with a girl's insides being cleansed with a system of pipes and valves, a restaurant oven roasting scene, some hangings, and a scene with a grizzly bear (somewhat vore-ish). Generally, there's not much text in this set (as usual in Combo Sets), but you will find some flavor text on some images. Please refer to the preview album for further details :)
* bonus images may include scenes without comic strips, and/or alternative scenes rendered in defferent resolutions
Pages: 57
Resolution: 1540 x 2126 px
Bonus * : n/a
PDF / PNG: yes / yes
$4.99
ADD TO CART 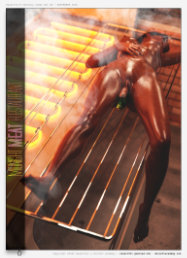 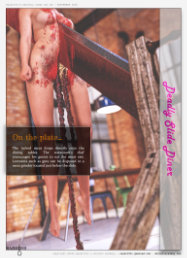 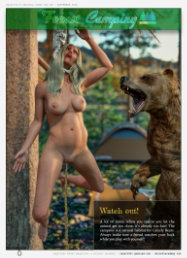 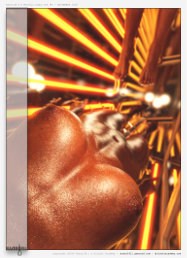 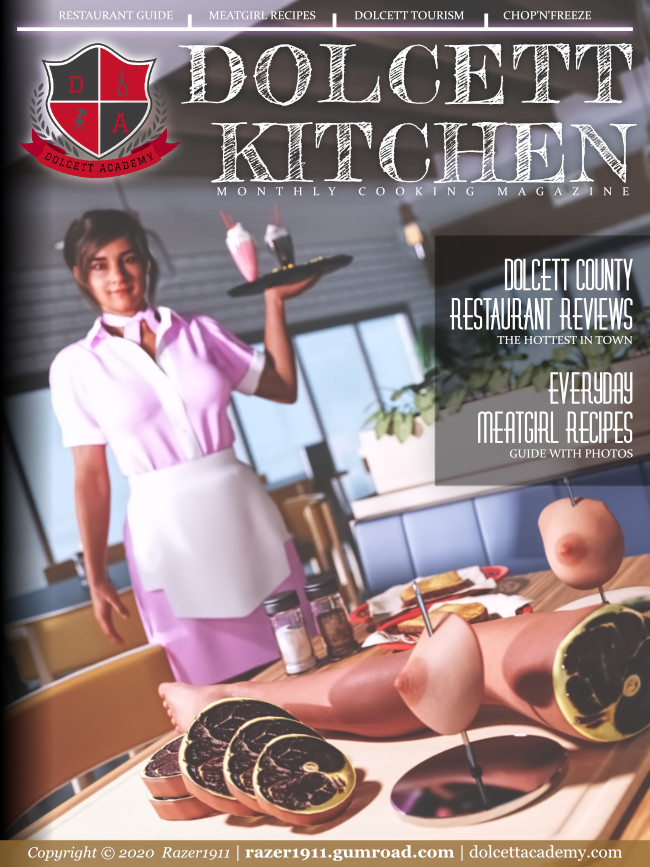 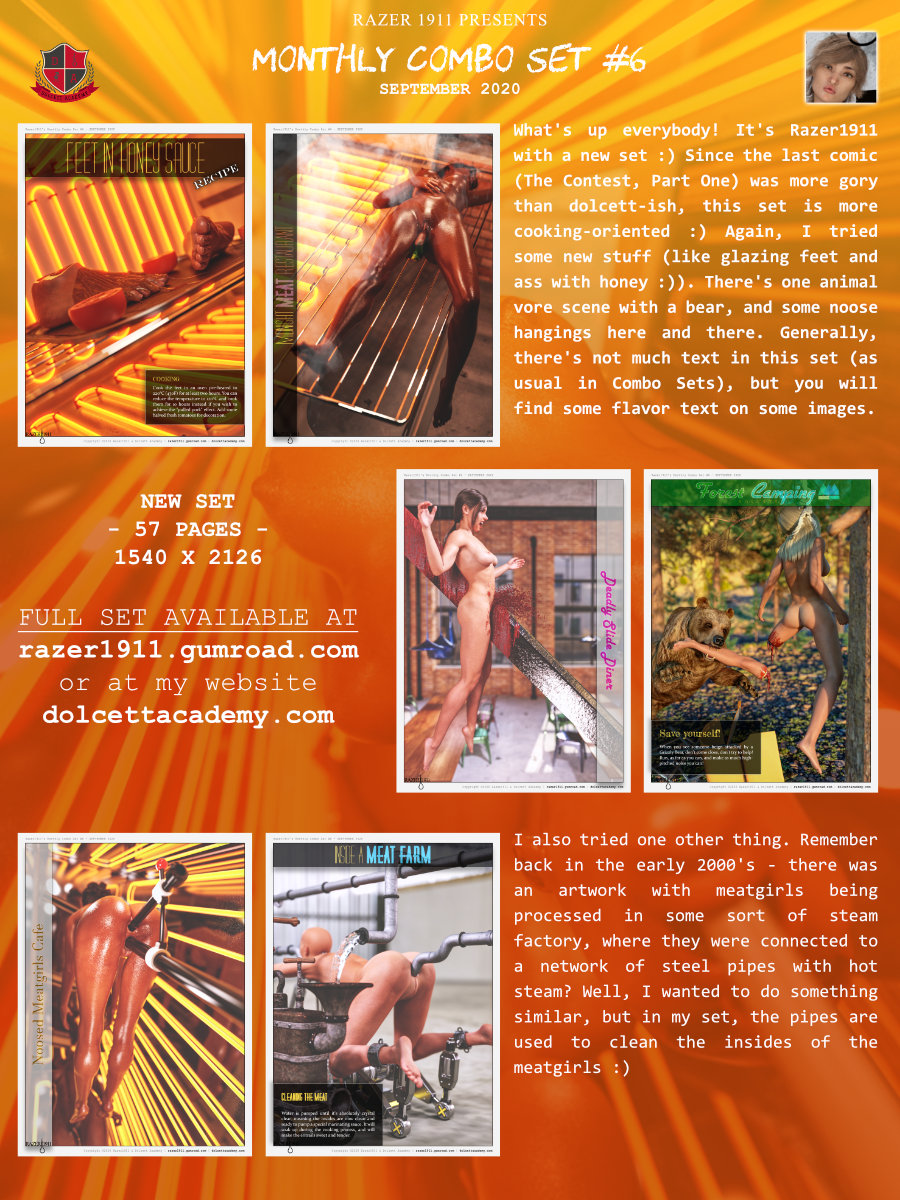 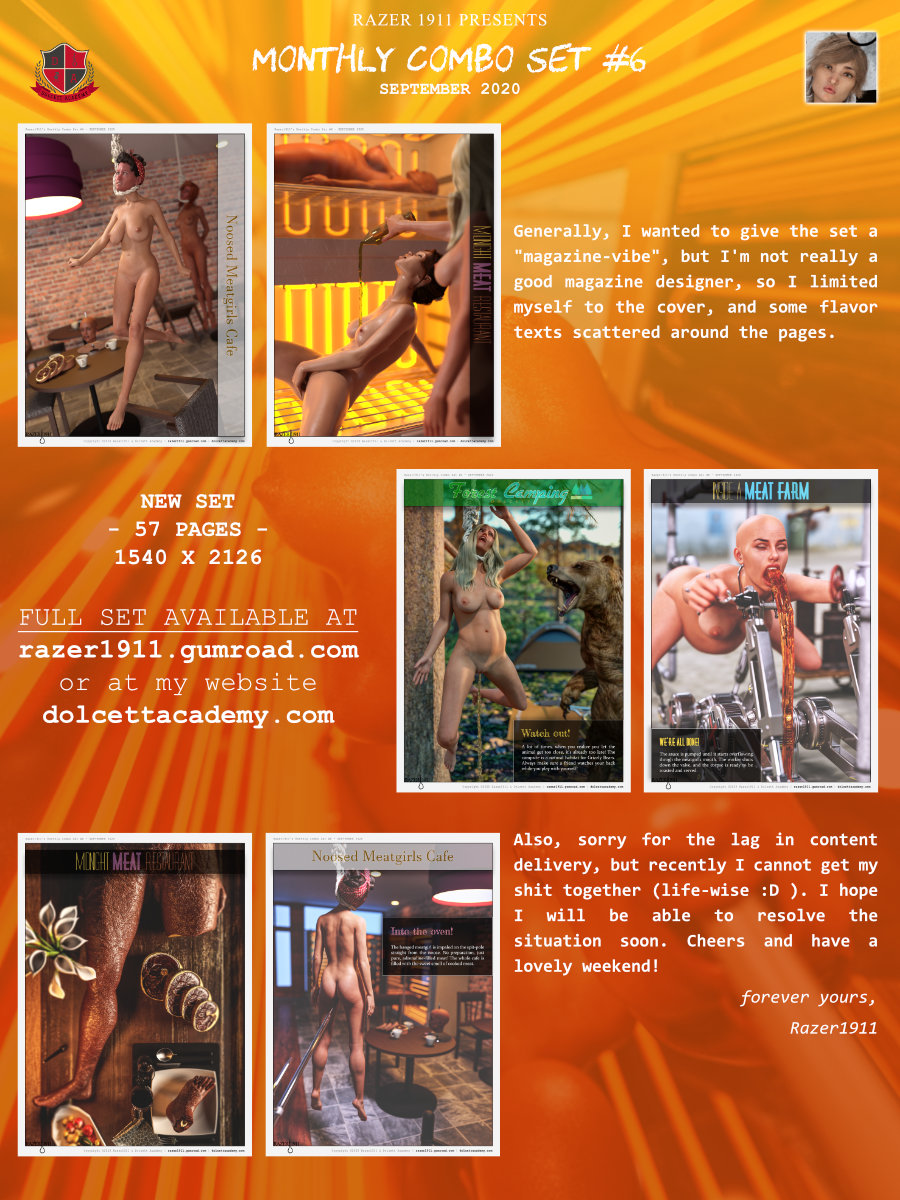 Use the button below to purchase the comic. All transactions are made via our publisher - Gumroad.com . Gumroad is an international web platform for artists with easy and secure PayPal/Credit card payments encrypted with HTTPS protocol. Your PayPal or Credit Card information will be encrypted and visible only to financial operators such as PayPal, Visa, or MasterCard.
$4.99
ADD TO CART